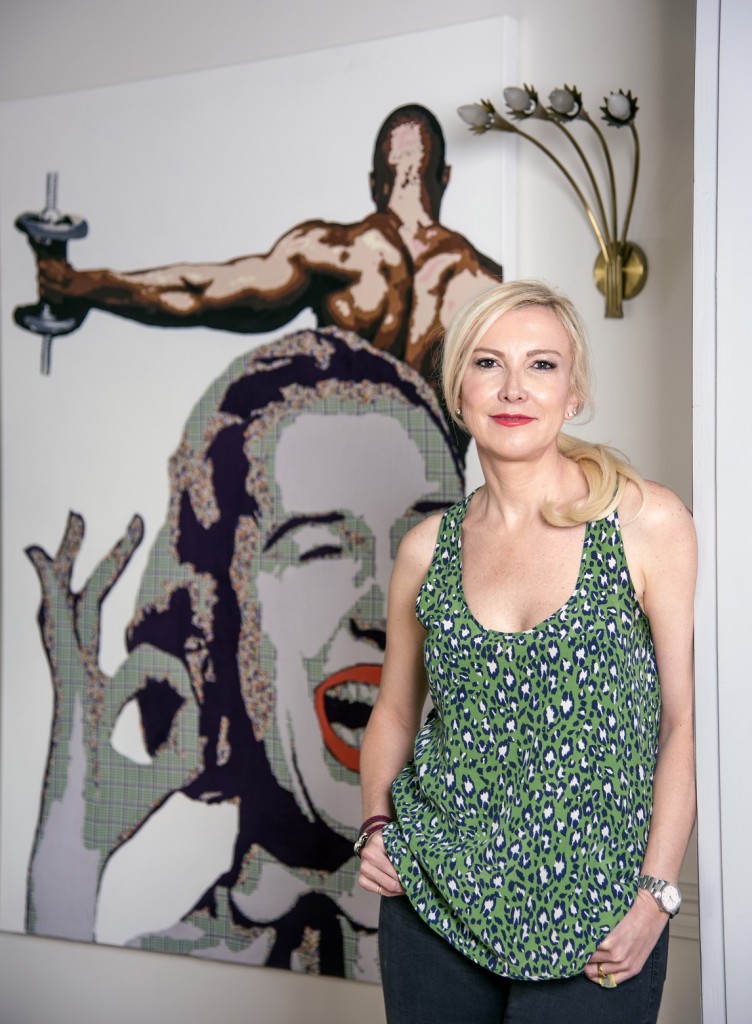 Didem Yağcı creates innovative forms by transforming her unique philosophical and artistic perspectives through her use of techniques and materials, all the while putting emphasis on the relationship between visual composition and color balance. With this approach, she aims to offer an alternative way to the traditional perception of paintings. Yağcı’s works question the reasons behind the “Experience of Emotions” which is the only existential difference that sets human apart from all the other creatures. Addressed as metaphorical subjects, viewers are presented with a conceptual point of view, which emphasizes the universal reality of our existence.

With regard to Yağcı’s works, art historian and critic Assoc.Prof Marcus Graf states: “Didem Yağcı makes use of fabrics, pages from old books and natural felt. As her figurative compositions re-question and criticize existential issues concerning being human, her works offer more than just being visually pleasing.

The most powerful characteristic of Yağcı’s works is their fragmented nature. The artist knows very well when to interrupt her artistic intervention, in order to create spaces and forms that are intended to be completed by viewers.

Created by the combination of different parts with distorted forms, her works provide an alternative to the current populist cultural scene in which everybody attempts to be as colorful, dynamic and expressionistic as possible. Didem Yağcı creates free spaces in her works, into which the minds of viewers are able to enter and breathe. This is how her works move beyond other works of popular nature and mere beauty, because she expects her audience to take an active role and complete the story.

The real meaning behind Yağcı’s works can be discovered by filling in the secret spaces hidden between papers, colors and weaved fabrics. Her figurative compositions provide a critical perspective which makes one question the existential issues of being human. She successfully analyzes various sides to being a human (woman) under the crushing power of our daily lives.”

With her most recent series entitled “Self Connection”, Yağcı invites viewers to a journey into their inner selves. As Shams Tabrizi points out: “Regardless of the direction of your travel, think of each journey as a journey into yourself! He who undertakes this inward journey, ends up making a journey around the world.”

Since its first coming into existence, mankind has made contact with its surroundings in order to meet its needs. In case of contact between one and oneself, one establishes a connection with one’s own essence. There are no boundaries in this connection; there’s an infinite amount of transparency and permeability. This is a journey without a map into one’s own essence – it’s a part of the process of one’s evolution. It’s the discovery of our higher identity, or in other words, a silent reading of the individual’s own book. It’s the process of communicating with one’s inner world, thinking about one’s existence, imagining, observing one’s inner world, becoming aware of one’s needs, values, actions and skills, looking for answers to the questions that pop up in one’s mind. This path to wisdom is sometimes painful, other times peaceful. Faces, statuses and adjectives concerning a life filled with weaknesses, desires, ambitions, mistakes make it impossible to move forward on this inward path and things begin to unravel… Those who complete this inward journey, who establish a connection with their ESSENCE reach an awareness which makes it possible for them to evaluate existence and the universe according to their own facts. In other words, they have finally evolved.