Adrian Fisher is the world’s leading innovator and creator of mazes of all kinds, full of challenges, discovery and fun. For 40 years he has been transforming the traditional idea of getting lost into state-of-the-art attractions, experiences and adventures, each with a compelling narrative and storyline.

His portfolio of over 700 full-size mazes can be found at the world’s finest palaces, castles, chateaux, visitor attractions, science centers, airports, landscapes and city centres across 40 countries, from the USA and China to Chile, Macau and Singapore. The Beatles Maze at the 1984 International Garden Festival in Liverpool won 2 gold medals for garden design. His Maze Tower in Dubai, being the world’s tallest maze at some 600 feet in height, is one of his 8 Guinness world records. He was the Director of Britain’s “1991 – The Year of the Maze” tourism campaign, and received the 2003 Resorgimento Award at the University of Tennessee in Knoxville. 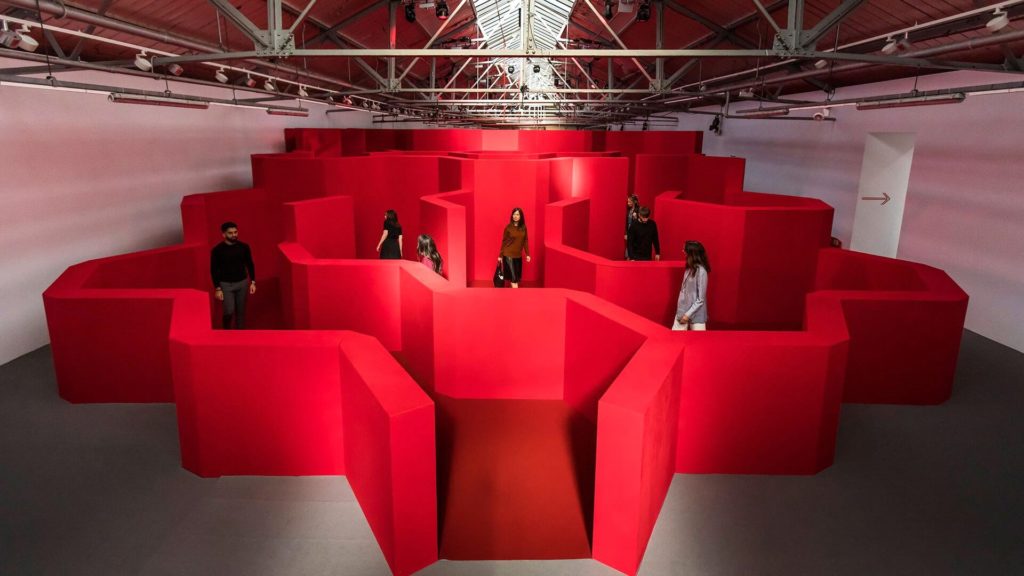 He is the world’s most prolific designer of hedge mazes in the history of gardening, including examples at Blenheim Palace, Leeds Castle and Scone Palace. His company is the world’s leading supplier of mirror mazes, involving deceptions and ingenious mirrored chambers, with over 60 installed since 1991. He designed the world’s first cornfield maize maze in Pennsylvania in 1993, and over 400 since. He pioneered path-in-grass mazes. His latest innovation are his Magic Mysteries, a high capacity themed detective adventure.

His wider design scope encompasses new forms of tessellations and tilings, an innovative bus map for London Buses, and public art using mosaic and metalwork. He has designed puzzles for The Times, Guardian, Daily Mail, Radio Times, Country Life and the World Puzzle Championships, and Six Minute Mazes from America to Australia. He had a one-man art show at the Norton Museum of Art, West Palm Beach, in 1997. He is a prolific author and authority on puzzlement, mazes and follies, and a keen photographer and quadcopter pilot.

How did you start creating labyrinth designs?

I created my first hedge maze in my father’s garden in Bournemouth, Dorset, England.  It was 20 miles down the River Stour from where I live today, also with a hedge maze in my garden at The Maze House.  From that first maze, I began to create more mazes, and I went full time as a maze designer in 1983.

What are the elements that distinguish the maze design from other spatial designs?

The maze is indeed an art-form, in the true sense that it engages with those who approach it and experience it.  The essence of the maze pattern is that you typically have parallel barriers (often but not always hedges), and in between them, parallel paths.  Thus the rows are like wavelengths, or adjacent lines of a fingerprint.  This is both a discipline and a powerful strength.  By mastering what can be done with this style, we can create wondrous maze designs and patterns.  As an artist, I have more of my art works visible on Google Earth than most artists, since each one is such a big feature in the landscape.  A maze is often the single largest feature in a garden, typically covering 1,000 to 3,000 square metres (10,000 to 30,000 square feet) or more.

Other artists adhere to similar disciplines.  For example Bridget Riley often uses colourful stripes which are one of her hallmarks: 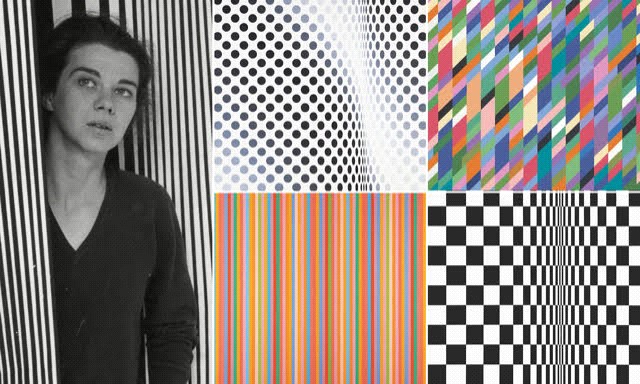 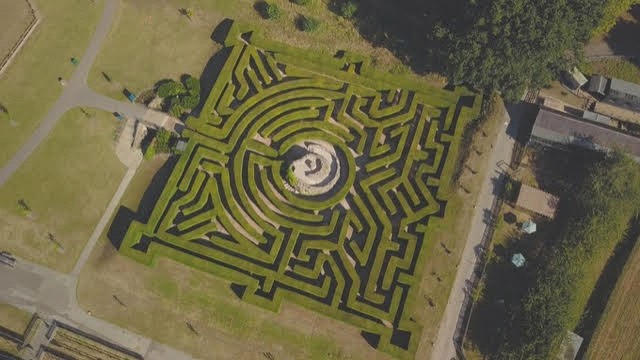 and my stone labyrinth design at Castle Loucen: 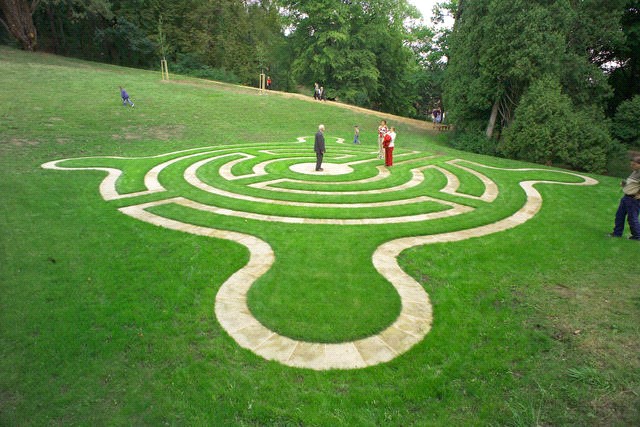 Are you reaching out the users of the labyrinth to a target or are you aiming for everyone to choose different ways and have their own experience?

The essence of designing a maze is like playing a game of chess.  As designer, I must play all my moves in advance, thus providing different responses, depending on what the visitors choose.  Sometimes they will come across the same thing two or three times.  Sometimes they will fail to find a particular feature at all, by choosing a route that does not go past it.

I am also here to entertain them and give them pleasure, so I must let them win, and win whilst they are still enjoying it.

Unlike the design of a roller coaster or flume ride, there is no one unique or compulsory way through.  That’s part of the skill involved in designing it.